The Silence is Rest 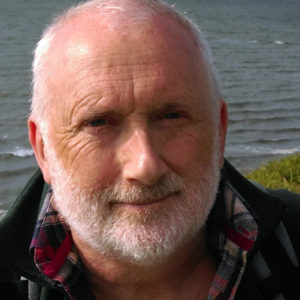 I saw an advertisement on the back of a bus in Norwich the other day. It read: “Sunday – day of rest”. But the word ‘rest’ had been gleefully crossed out in red by the ad’s designer and – also in red – had been replaced by an excitedly scrawled ‘Shopping!!!’.

Sunday – day of shopping. At this point the temptation is strong to offer a blog entry that you’d all be able to write for yourselves… with your eyes closed. Our hectic, busy lives… constantly harried… forces of neo-liberal capitalism… persuaded that we must consume to have meaningful identities…live to shop…neurotically and blindly co-operate… the spiritless military-industrial-complex… shop until you finally drop, your life unexamined, unfulfilled and – most tragic of all –  unlived.

And these are indeed the messages that the back of the bus is mooning at unwary drivers, drumming their fingers against the steering-wheel, being unconsciously programmed to do the zombie shuffle on the Seventh Day, into the latest retail mall to be opened in the fine city of Dame Julian, England’s greatest mystic. But rather than write my “Thought For The Day” blast against the commodification of all of our thoughts, each of our waking and sleeping moments (let’s take that as read), I found myself chewing on that word “rest”, and a rich inverbation it turned out to be.

God does it after he’s spent six days creating sea and stars and creeping things and humans and a whole lot else beside – Creation, in fact. Maybe it’s this – the proto-break – which has forever given us the idea of rest as a cessation from work. From that point on we have habitually thought of rest as stopping doing something. This understanding of rest implicitly celebrates the fact that we can down tools, give up the unequal struggle of our daily lives and just chill. The mantra for this approach to life seems to acknowledge that we humans have less stamina than the Divine Creator. TGI Friday! We clock off a good twenty-four hours before our Maker.

There’s something fundamentally reactive (and maybe reactionary) about this kind of resting. We’ve been busy and now we’re busy doing nothing. We have stopped and then we will start again. Nothing will have changed, nothing will have happened. We have just had a day (or two days, or thirty minutes or a week) ‘off’.

Look what other activities appropriate the word. We build ‘rest homes’ for senior citizens. The implicit invitation is to stop doing what you’ve been doing and to snooze and drift your way towards… a ‘chapel of rest’ – where even less activity is expected of you. And then there’s the greatest euphemism that our American brothers and sisters have given us – the restroom. Where we can take a break – I suppose – from controlling ourselves, from being continently civilized.

All these ‘rests’ are rests from. They’re about stopping, no longer labouring – in some senses, giving up. But there’s one definition of ‘rest’ given by the OED which chimed with a different sense that I instinctively felt in the word:

rest, v. 3. a. To be at ease or in quiet; also…to continue without change or removal; to stay, remain, lie, have place or station.

What great hints dictionaries give us. What if we understood our ‘rest’ not as a passive, negative, slightly narcotic pastime, but rather as the most active, the most engaged, the most alive we can be?

I remember a quote (but I don’t know from which Church Father or Saint – let me know if you know) which has stayed with me since I first heard it. It affirms that “There is no leisure, save in the pursuit of wisdom”. At first hearing, this prescription sounds incredibly harsh. Are all our (non-wisdom) leisure pursuits just mere distractions? Are they only pointless displacement activities (shopping)?

The longer I sit with those questions, the more ready I am to say, well, yes actually. They are neurotic distractions if we don’t have the possibility in our lives for that dynamic rest, continuing without change or removal that meditation can bring. It is in this activity that we can stay, remain, lie, have place or station. This definition of the word starts to sound like The Word – Logos. We start to hear those simple, central words which are so important in the Gospel. To rest and to stay. At the root of these words are earlier forms: estar and ester. To rest is simply to be. And to be is always to be with.

This ‘rest’ is not a breaking off, a rest from. It is a rest into something, towards someone. We rest in God’s arms. We are God’s arms – every day.