John Main OSB (1926-1982) is recognised today as one of the most influential spiritual teachers of our time especially for his recovery of a universal contemplative practice for daily life. Bede Griffiths said that “in my experience John Main is the best spiritual guide in the Church today”.

He has helped many Christians of all denominations to explore ‘in their own experience’ the contemplative dimension of their faith. Fr John provides a re-entry point for many who have separated from their own tradition in order to find this depth of experience in other traditions. Seeing meditation at the heart of the Gospel and also as a universal wisdom, opening the common ground of humanity, he built strong bridges between all faith traditions.

Baptised Douglas Main, he  was born in London on 21 January 1926. His roots were in Co Kerry, Ireland. Educated at Westminster Choir School and by the Jesuits at Stamford Hill, London, he served in the Royal Signals at the end of the war after which he joined the Canons Regular of the Lateran for a short period. After this he studied law at Trinity College Dublin and then joined the British Diplomatic Service and studied Chinese at SOAS in London.

Attached to the Governor General’s office in Malaya during the Emergency, his duties took him one day to meet an Indian monk and Justice of the Peace, Swami Satyananda. From him, he learned how to meditate and took up the discipline of silence, stillness and simplicity as part of his Christian faith and daily prayer.

When he returned to the West he became Professor of International Law at Trinity College, continuing to meditate as part of his spiritual life. In 1958, he became a Benedictine monk at Ealing Abbey in London. He was asked to give up this practice of meditation, as it was not at that time deemed to be a Christian form of prayer. His late influence would challenge and correct this misapprehension.

However, while Headmaster of the school at St Anselm’s Abbey in Washington DC in 1969 John Main was led to a new study of the roots of his own Christian monastic tradition. In the Conferences of John Cassian and the teachings of the Desert Fathers, he found the Christian expression of the same way of meditation he had learned in the East. Now recognising the teaching and the urgent need for meditation  in the modern world he began to practice again.

In 1975, he opened the first Christian Meditation Centre at his monastery in London and began what was to be the culminating mission of his lifelong search for God and service of others. Realising that this prayer of the heart could guide the search of many modern people for deeper spiritual experience, he recommended two regular daily periods of meditation to be integrated with the usual practices of Christian life. In his teaching, he emphasised the simplicity and universality of the practice of meditation as well as explaining it as a liberating discipline.

He accepted the invitation of the Archbishop of Montreal to establish a Benedictine Priory committed intentionally to the practice and teaching of Christian meditation. This became  a new form of Benedictine life integrating monastic and lay people in the same community and integrating meditation with the traditional Divine Office and Mass. From here, for the last five years of his life, John Main saw the expansion of his vision of a community of love rooted in contemplative experience.  This led him to the insight  that ‘meditation creates community’. The World Community for Christian Meditation (WCCM) that grew from his life and teaching continues to witness to the truth of this insight for each generation.

He died at the age of 56 in Montreal and is buried at Mount Saviour Monastery, Elmira, NY. He was succeeded by Laurence Freeman.

There is no part-time or partial prayer as if the Spirit were not always alive in our heart. But there are times, our twice-daily meditation when we make a complete turn of consciousness towards this ever-present reality. There comes a level of awakening when our awareness of this reality is constant, throughout our most diverse activities and concerns.

John Main believed that each human being, in any form of life, is called to this personal transformation which then contributes to the transformation of society.

Click here to view a gallery of John Main’s life 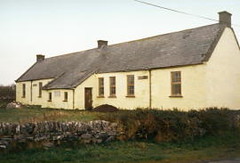 These may be used for personal or group meditation. Each recorded talk was given as a preparation for meditation, either as an introduction or for experienced meditators.

Short talks by John Main for use before or after meditation

Complete talks by John Main from his Collected Talks

The Way of Unknowing

The Heart of Creation

The Hunger for Depth and Meaning

Monastery without Walls
The Spiritual Letters of John Main

The Heart of Creation

The Hunger for Depth and Meaning

Silence & Stillness in Every Season

Our Hearts Burned Within Us

John Main by Those Who Knew Him