Lee Kuan Yew is widely regarded as the founder father of modern Singapore. As Prime Minister for 31years from 1959 to 1990, he led Singapore to independence and transformed the economy from third world to first.

In giving his approval for the publication of this video, Mr Lee urged that newcomers to meditation ‘must believe in it and they must practice it, even though they do not succeed at the early stages’.

In this interview, Laurence Freeman, a Catholic monk of the Benedictine order and director of The World Community for Christian Meditation (WCCM), reflects together with Lee Kuan Yew on the connection between the practice of meditation and leadership. This interview was held in September 2013.

You can watch the video below or read the full interview transcripts underneath.

Laurence: I think we met three years ago when you were starting to meditate. I remember at that time you said that your motivation was to find serenity and peace. What is your practice now?

Yen: Still only once a day and that’s that night before I turn in. Because I find that that’s the restful period for me with the work behind me. It helps me relax my mind and go to sleep.

L: And how long do you meditate for?

Well, I never got around to doing it. I jumped out at my emails. But now that I’m less concerned about government, I’m out of the Cabinet. I think I’ll try that.

L: I’m going to be teaching some business students next year about meditation and its relationship to leadership. Could you share some thoughts with me about how you might think that a person who meditates would be a better leader? Could you see that connection through your own experience?

Well, my own experience is when I’m stressed to make a decision, I stop and meditate. At the end of the meditation, sort of the view that I should proceed, then I proceed. In other words, I still the mind for 20 minutes. And in so far as I can still the mind, but the question is still going around in my own mind. After the meditation, after I get out of it, I make up my mind.

L: So it gives you a kind of detachment from the emotional aspects of the decision?

L: Interesting. So would you do that during the day or would you leave that till the evening?

Oh, I do that during the day when I’m havinng a problem to resolve and it’s irritating me.

L: I see. So you would just, sort of, interrupt the flow of the day and stop and meditate, if you had a big problem to deal with.

Of course. Depending on the stress I’m feeling and how long, I think I need to register this problem in my mind, by being still, I choose the timing.

L: So if it was a smaller problem, you’d maybe only take five minutes.

L: Your comments on meditation and you’re sharing your own conviction about it. I think really will help many people who carry a lot of responsibility or power in their lives to see in meditation a way that they can have clarity and balance.

Supposing that Adolf Hitler had taken meditation, would he have embarked on such a wild and dangerous course to capture Western Europe and Russia all in one go? I think there’s a lot to be said for having great leaders of big nations before they embarked on a project to sit down, not for a few minutes, but for a few hours each day meditating on the wisdom of their act thinking over for a few weeks. Just meditate.

L: So you would give that advice to world leaders today?

Yes, I would before they embark on any use of force.

L: You think you could ever persuade world leaders when they come together for their summit meetings or important meetings together to begin their meetings with meditation?

I think that they think it rather odd. Yes, I think they have come to discuss serious problems, to get grievances resolved and you’re asking me to meditate?

L: Okay. I think that it would be difficult to persuade them, but would you advise them?

Yes, I would advise them. But then they must have been convinced by their own experience of meditation.

L: In your Book Hard Truths, you spoke about meditation in one section and said that you thought it would be a good thing to introduce it into schools. Could you say something about that? And would you recommend?

First the teacher must be an acceptance of the virtue or the value of it. I would have no doubt that the proper teacher, you’ll have a more orderly classroom. I would say a 10 or 15 minute meditation before lessons will give that.

L: Because we live in a very pluralist society, in any classroom today you’re going to have children of different faiths or different faith traditions. They may not be practicing their faiths but they come from, they’ve been formed by them. Would you agree that meditation, in a pluralist society like ours, especially like Singapore? that can help to unify a diverse group like that.

L: Yes. We generally recommend 20 minutes as a minimum. But with children we recommend one minute per year of their age. So if they’re five years old they meditate for five minutes and usually, they can meditate for longer.

But how do you motivate the teachers unless they believe in it?

L: Has meditation given you a sense of what the spiritual values of life mean?

Well, I’m a non-spiritual person. So that’s the wrong question to put to me. It’s not so much the spiritual value. It is the value it has in helping me resolve problems. But undoubtedly in the long run, it must alter a person’s character.

It makes him realize that there’s an inner self which is more important than the one that is thinking about himself.

I think there's a lot to be said for having great leaders of big nations before they embarked on a project to sit down, not for a few minutes, but for a few hours each day meditating on the wisdom of their act thinking over for a few weeks. Just meditate.

L: So that we have a true self as well as a sort of public self.

L: Would you say that meditation has brought you to a better realization of your true self?

Yes, I would say so.

L: And you wouldn’t call that spiritual.

I’m not a spiritual person.

L: I think in a way what you’re describing is what I would call a spiritual experience or spiritual, not religious but I would understand it as a spiritual one – but maybe I’m playing with words – but I think there’s a difference between spiritual and religious.

I haven’t thought about that. I’ve always intertwined the two together.

L: The first time we met, I remember when I came to your hotel in London. I came in the morning and we talked for a few days and I thought this, it was very interesting for me because you were not frightened of the religious background, but you focused, it seemed to me, very clearly on the spiritual content. So it always has seemed to me that your response to meditation has been, in a sense spiritual, but without the religious context or content.

I would agree with.

L: And I’d like to thank you for the way you have responded to this teaching on meditation and the conversations we’ve had over these years, they’ve been both enjoyable and instructive to me.

Thank you very much, you have helped me.

The role of the Mantra

In meditation. We make a journey from the busy and sometimes overactive mind two, a deeper centre that we can call the heart, a place of serenity and light and peace. And this journey involves taking the attention of our thoughts. To do that, we have to have some help, some method, because we can’t stop thinking by thinking. And this is why we say the mantra.

We take a word and repeat the word gently but faithfully in the mind throughout the time of the meditation. As thoughts arise, we allow them to fall away, and when we become distracted by our problems, by our plans, by our memories, we return to the clarity of the mantra. We return to the word continuously. And in doing this we are really developing three essential elements.

Quality of silence, of stillness, of simplicity

You could say that meditation is the work of silence because it is the work of attention. When we pay attention we are in effect becoming silent because we’re becoming focused and concentrated. And silence is this work of attention: in meditation because as we say the word, we are taking the attention off the stream of thoughts and imagination and anxiety or plans that are normally filling our minds. So this is the quality of silence.

The second quality that we’ve spoken about is the quality of stillness.

The stillness of body helps to come to a stillness of mind. With that stillness of mind comes a clarity, transparency and a joyfulness. When the mind becomes still, it lets go of desire. And so we experienced detachment from our plans and attractions and all the other forms of desire that we have. And again, the mantra helps to still the mind because it allows us to let go of our desires.

And the third element is the quality of simplicity.

In simplicity, we are not analyzing ourselves, we’re not evaluating ourselves. We learn to be, not to perform, not to achieve, not to be successful, not to be perfect, not to be defensive, but just to be. And with that comes a great expansion of consciousness, a great deepening of our spirit.

So these are the three qualities that we bring to development and meditation: Silence, stillness and simplicity.

And these qualities developed very naturally and extend into all areas of our life. Through this amazingly simple discipline of the mantra and that’s what we have shared together on all the occasions we’ve met. That’s what we can practice together again now. So the basic rule of posture is to simply sit as comfortably but as still as possible. Put your hands on your lap on your knees, in whatever way it allows you to be still relaxed and alert. Close your eyes lightly. Breathe normally and then silently, in your heart, in your mind begin to say your word, your mantra and the word we recommend is the word Maratha Ma-ra-na-tha. 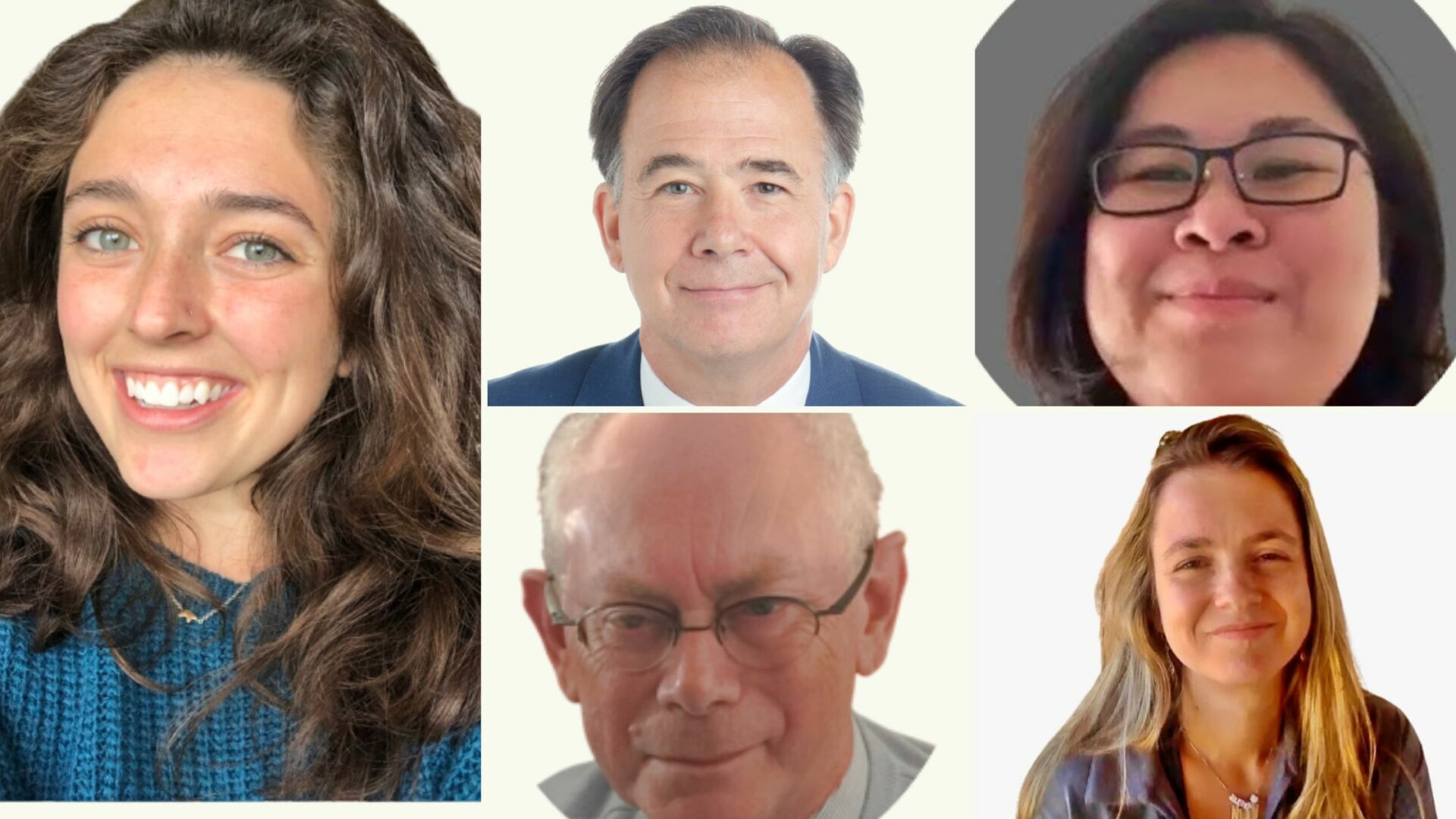 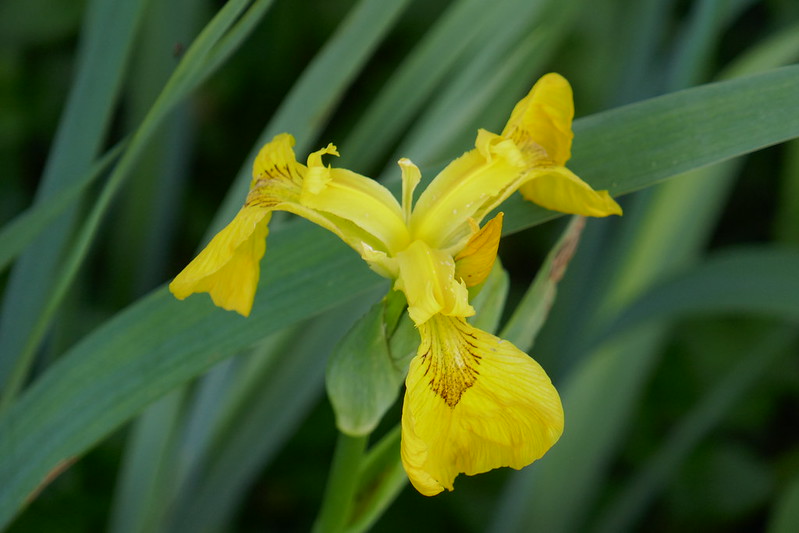 The Joy of Encounter – a very special retreat at Ampleforth Abbey