A Time of Encounter 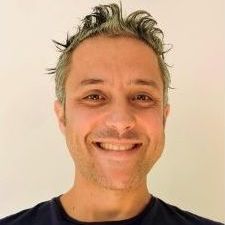 In his message for the first World Day of the Poor, celebrated on 19 November 2017, Pope Francis asks all of us, whatever our means or background, to unite in love, in acts of service to one another and in genuine encounter.

With this in mind, a retreat was organised for individuals who are helped by the various charities that work in the John Paul Centre in Middlesbrough, namely Depaul Uk’s Positive Pathways Out of Homelessness and Nightstop , along with the NE Refugee Service and IPC, Investing in People and Cultures.

And where better to go for these individuals coming from the margins of our society than to our Diocese’s beautiful retreat centre at Ampleforth where they could receive the full Benedictine warmth of welcome from the monks and students living in a very different world. A time and place where two very different cultures could meet in a real and special Holy Encounter.

And so , on the cold crisp morning of November 23rd , a small convoy of cars carrying 22 nervously excited individuals left the problems of central Middlesbrough behind to make the hours journey to the Abbey where the sun was shining to light up the valley and bring reassurance to the travellers that all was well. And let’s not undermine the significance of this journey as most of the travellers will not have been out of Middlesbrough for a holiday of any description all year if at all for some.

And what a couple of days it was as encounter after encounter unfolded through the wonderful hospitality of Fr Terence and Fr Richard who had helped to organise the itinery, and with Ali Rogerson from the College who had arranged for students from various year groups to sit and listen to these visitors from the John Paul Centre, just 40 miles away geographically yet culturally a universe away.

We should never underestimate the healing power of genuine and authentic listening to a person’s story as it affords  the person being listened to the power of dignity which can go a long way to healing wounds and raising self worth. So, our meal times were spent sharing stories and laughter, and as people began to relax more, defences came down and hearts were opened. People from the streets of an urban town some born in the area, others dispersed there from various countries in Africa and Afghanistan, sharing stories with young people from more privileged backgrounds but all meeting as fellow human beings sharing and learning from each other.

One particularly beautiful session was held in the Crypt underneath the Abbey with the darkness illumined by an array of candles in the shape of a cross as well as the smiles of everyone gathered there. A beautiful meditation followed there proving that when we become simple and enter the silence and stillness of the present moment, none of the outer differences of age, colour, wealth, background matter anymore. In the sacred space of the Crypt it felt as if we all met each other’s Soul there in the silence and what a sacred encounter that was.

So thank you Pope Francis for reminding us what our faith calls us to, to reminding us of how Jesus showed total commitment and solidarity with those on the margins of society. And thank you to all those wonderful staff and students from Ampleforth who made our group feel so very genuinely welcome, that they mattered, that they were worth spending precious time with and listening to. Encounters such as these are what makes us Christian and in our fractured and troubled world, long may they continue to bring hope and healing to all involved.

Update: the students who were involved in the “Encounter with the Poor” decided to forego their lunch for a week to raise funds for us in solidarity! 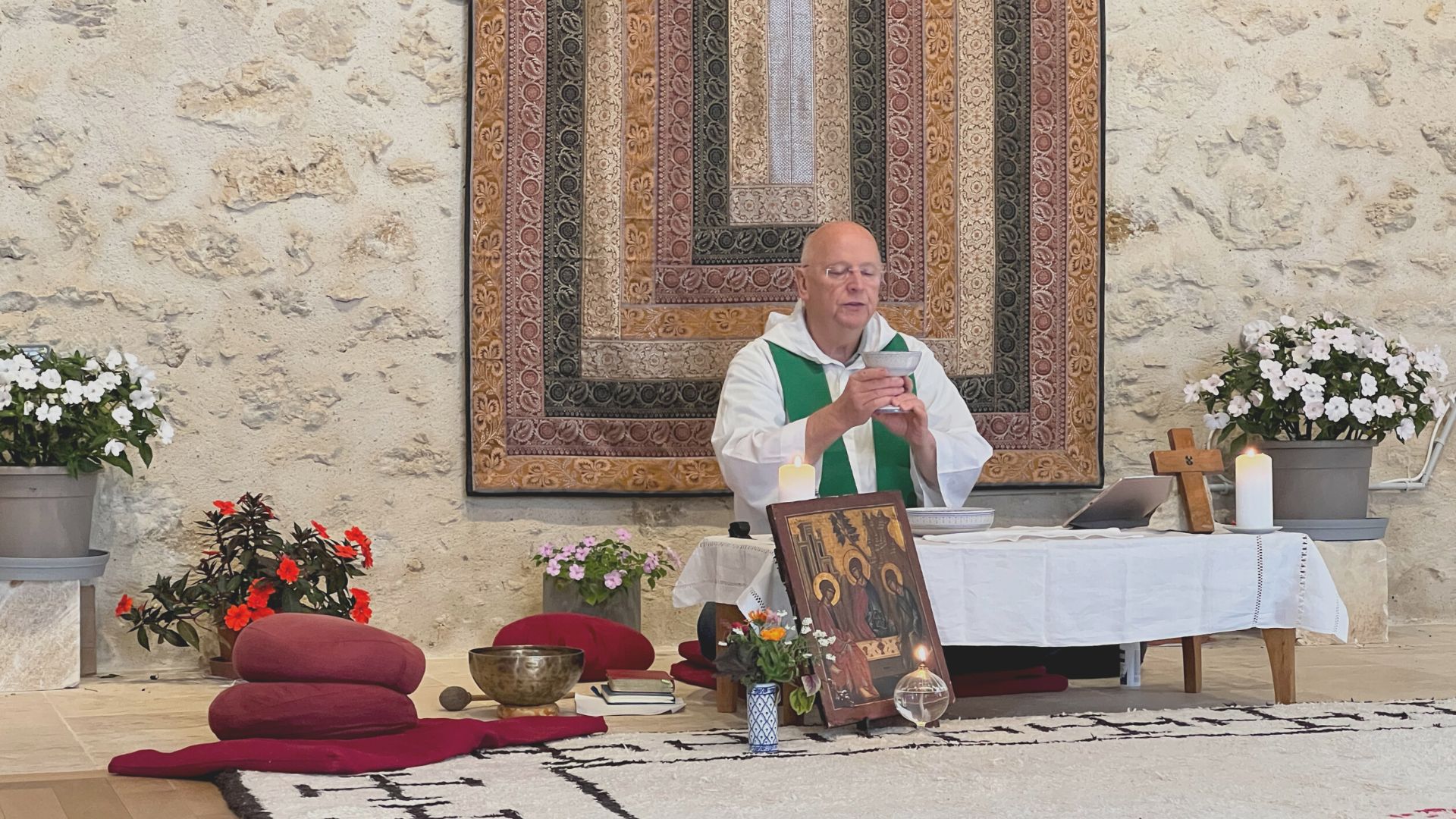 Contemplative Eucharist live from Bonnevaux will resume on 28th August 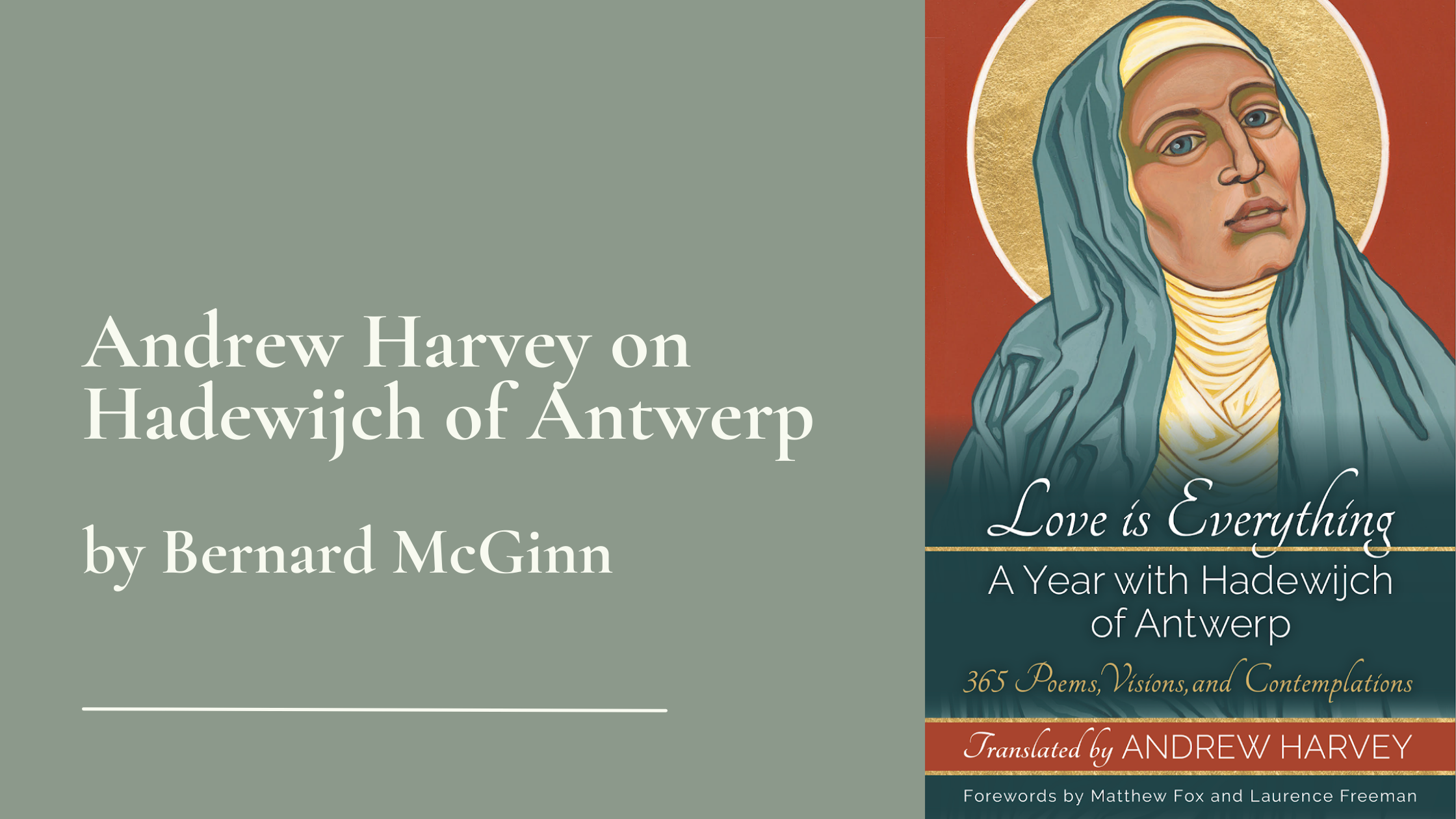 Andrew Harvey on Hadewijch of Antwerp 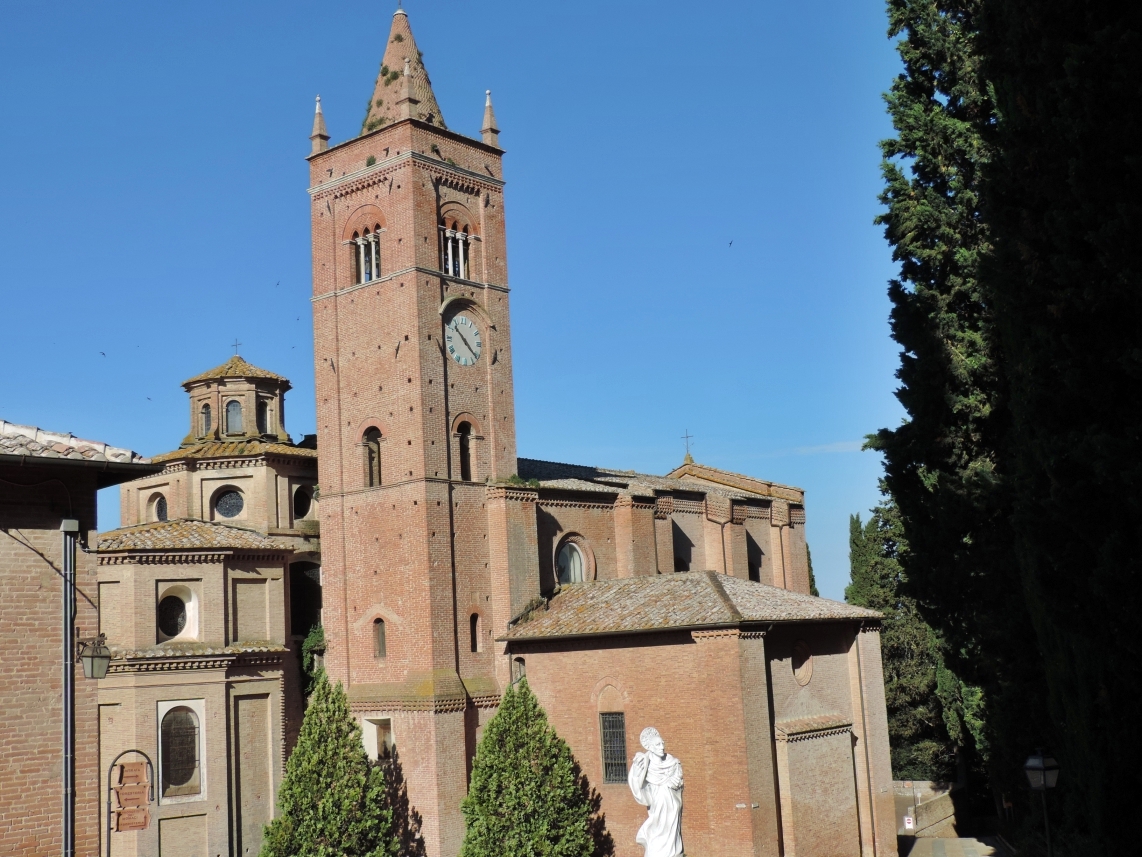